Click link to see who's buried in Jesse James' Grave

No posts.
No posts.
Home
Subscribe to: Posts (Atom) 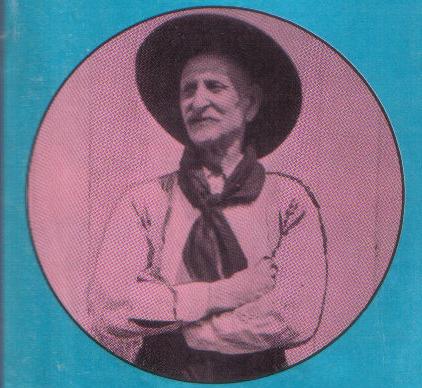 Much has been written over these many years, actually decades, about the James gang of the old American West. For those out there who have been living in a cave their entire life, or possibly has been raised by a pack of wolves and has not heard of the James gang, they were a pack of outlaws that terrorized the states of Missouri and Minnisota, to name a few, in the 1870s and early 1880s. Jesse and brother Frank James along with others robbed banks, stores, trains and, on accasion, regular people. And more often than not, they killed people.

The Pinkerton National Detective Service tracked them for several years but the Jameses alway's seemed to stay five steps ahead of them. Findly, on April 23, 1882, Bob Ford, along with his brother, Charlie, while staying at the James home in St. Joseph, shot and killed Jesse James for the reward money on his head. Actually, history tells us that Bob Ford only got a small share of the $25,000 that was offered for Jesse. The governor just wanted the James boys ether alive or dead. And Bob Ford sort of fell into his hands and was used as a government assassin. It was just as well, Ford was a coward most of his life and was not the brightest bulb in the box anyway.

Since that day in 1882, when Jesse met his maker, historians have had a field day writing about the gangs "adventures" and many have harolded Jesse as an up-standing young man, more like a Robin Hood figure, who took from the rich and gave to the poor. In reality, there was nothing good or moral about these thugs. Take the murderous criminal gangs of New York, L.A. or any other American city and stick them in the 1880s, and you have the James gang. But over the years, many writers have choosen to write acculades about Jesse, Frank, Clell Miller, Ed Miller, Dick Liddil, Bill Ryan, Charlie Pitts, Bill Chadwell and the rest of the gangs members. Also, for a spell, cousins to the Jameses, Cole Younger and his brothers also rode with the gang and took part in many holdups and several killings.

This blog I have created to bring down some of the myths and glory of these murderers. Please, don't get me wrong, the James gang has always been a fun topic for me as well. I have studied them for the better part of my life. However, I try to set the record straight when I can. It's perfectly alright to study them, and even admire their bravado, but always keep in mind that Jesse and/or Frank would kill you dead for $50...and sometimes even free of charge.

Jim Cummins rode with the James gang for awhile. In the early part of the 20th century, Cummins wrote his thoughts and dealings with Jesse James. Actually, he and Jesse were very good friends. They grew up together. Good friends enough that Cummins knew Jesse and Frank as well as anyone did during their lifetimes. And he knew of their short commings. Jim Cummins wrote an unpublished manuscript about his life with the James boys. We know that at the time of Cummins' death on July 9, 1929 in the Missouri State Confederate Home nears Higginsville, the manuscript was in a bank vault in Kansas City, Missouri. Cummins did write a book that was published in 1903 titled: "Jim Cummins Book, Written by Himself". But the manuscript has, for these many years been lost. It is supposed to reveal many facts about the private James boys and also about many events in their lives.

The following is a short report that Jim Cummins told reporters who visited him at the Confederate Home. He was interviewed there several times before his death. His facts and stories were always the same. He wanted, as he put it, to "tell all". The manuscript was written. Where it is today, if it's anywhere, is a mystery.

This blog was taken from an article that originally appeared in the March, 1980 issue of Western Frontier magazine. It was taken from the reporter's original interviews with Jim Cummins and compiled by Donald H. Hale. The photos here came from that article and were furnished by Hale also.

This is the way Jesse and Frank James really were. They were not heros in any sense of the word. They were not Robin Hoods. What they were were criminals. murderers and theives.